how to get more confidence 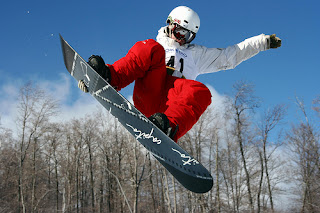 Do You Want To Know How To Build Your Self Confidence?

If you want to know how to build your self-confidence, read on.

There is a very sad story.  An executive left $100,000 with three of his employees.  The executive was going overseas on business for three years.  The first employee took that money, assessed the business opportunities before her, came up with a business plan, and invested in the opportunity.

At the end of three years, the employee had sold that business for a very tidy profit.  The second employee found a financial planner and invested the money in stocks and bonds, so that there was a good return on investment when the executive returned from overseas.

The third employee had a very rough childhood.  His parents split up when he was young.  Both parents had only bad things to say to the employee when he was growing up.  He came to believe what they said about him, and he did not think that he had any talent or ability.  He thought that he had gotten his current job out of luck.  Having $100,000 on his hands made him very nervous.  So he took the money to his basement and locked it in a safe.  He was afraid of losing any money and getting a bad review from his boss.

Yet, how many of us, either out of fear, laziness, or false beliefs (based on what parents, teachers, or friends have told us growing up) have tried to “play it safe” by putting our talents in a safe.  That safe represents the following key features of low self-confidence:

MindTools has an article that speaks of a great analogy for some practical exercises you can engage in to forge your self-confidence: it’s that of taking a journey.  Unfortunately, there’s no quick fix to immediately give you the self-confidence.  But, if you have the commitment, focus, and determination necessary to make the journey, you be astounded at how much confidence you will forge by the end of the journey.

Success Factor:  Prepare for the Journey

Once we believe in ourselves, we can risk curiosity, wonder, spontaneous delight, or any experience that reveals the human spirit. – E.E. Cummings

These are just a few of many who influence me to keep growing in my journey of self-confidence.

Here’s what I want you to do, before you get started.  Pick one of your goals.  Then go to HabitForge and enter it.  Invite a couple of your close friends to monitor you.  Then get started!

Once you have arrived at a degree of success and self-confidence, don’t make the mistake of getting complacent, overconfident, or lazy!

Continue to stretch yourself beyond your comfort zone.  Set new goals for yourself.  Rub shoulders with experts who are more successful than you are.  At the same time, look for people with less confidence and experience, and see how you can lend them a helping hand with what you have learned.

I want to wrap this up with a fantastic video by Zig Ziglar that well illustrates how we build self-confidence.  It takes a lot of effort and determination at the beginning, but once you get started, you will be happy that you read this article 🙂

I hope you’ve now figured out how to build your self-confidence.  Please comment below!

One key success factor in business and in life is knowing how to effectively cope with people rejection.

I’m honored to have a guest writer this week.  M. Farouk Radwan is a millionaire and entrepreneur, and founder of 2KnowThyself, a very helpful personal growth development site.  As a successful entrepeneur, he knows that success breeds its detractors.  Here are some of his thoughts on overcoming people rejection.

5 ways to deal with people who put you down

We all have goals that we want to achieve and big dreams that we want to fulfill. Almost everyone who has announced his goals and dreams started facing criticism, rejection and comments that have the purpose of putting him down.

The problem with such comments is that they sometimes come from close people and people you trust and thus you might find it hard not to believe them. After all according to subconscious mind programming the repetition of any statement by a trusted source will certainly turn it into a strong belief.

And if it happened that you believed those people who put you down you will never pursue your dreams and you will fulfill their prophecy!!

So how can you deal with such people?

The best way to deal with people who put you down is to not believe them but talking is easier than really doing that. How can you prevent yourself from believing the suggestions those people are saying to you? This can simply be done by understanding their real motives.

In the next few lines I will tell you why people put you down and this will certainly help you find out whether you should believe them or not:

Many people will try to put you down even close ones just because they are jealous of you. They believe that you are going to reach your goals and thus they do their best to prevent you from starting your journey.

When all people become losers those who don’t make any effort feel good about themselves but what if all of a sudden someone tried to do something big? Won’t that make them feel left out? That will certainly happen and that’s the reason why so many people will try to put you down especially when your goals are big and different

Not all people who will put you down will have bad intentions. Some people will put you down just because you remind them of their own fears when you announce your big plans. Many people are not brave and prefer to remain in the comfort zone and whenever they see someone trying to move out of his comfort zone they warn him because of believing that the world is a dangerous place while in fact the problem is that they are not brave enough.

4)    They were severely criticized:

Many people who were severely criticized in their childhood have developed the habit of always thinking negatively. Those people criticize themselves all the time in their self talk and they do the same to anyone they come across

Some people will try to put you down because they have good intentions like your parents for example. The problem with many of those people is that while their intentions are good they always give incorrect advice because of not being able to see the full picture you are seeing.

Should you believe them now?

After you knew why people put each other down, should you believe them?

Should you give up your dreams just because few people are jealous of you?

Should you response just because someone doesn’t want to see you successful?

Certainly that won’t be the right choice.